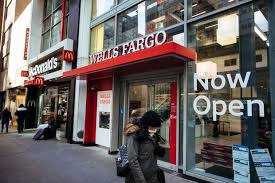 On Tuesday, Wells Fargo has said that their profits in the fourth quarter have fallen as the low rates of interest have persisted and the charges of litigation have impacted their financial results.

Their profits quarterly was $2.87 billion in comparison to the level of $6.06 billion in the period of the previous year which is a major decline by 53%. The per-share earnings (adjusted) had been 93 cents which was a long way off the per share forecast of $1.12.

The stock of the company had fallen by 4% on the morning of Tuesday which meant it was on track for the worst day it has had on the Wall Street post August.

The bank had also taken a loss financially partly due to the scandal of retail sales which has plagued the company since the year 2016. The company ahs booked a charge of $1.5 billion for the costs that are legal related to the litigation which has stemmed from their problems of fake account among the others.

The costs of litigation had put up the noninterest expenses by 17% in the 4th quarter from a year before in spite of the efforts of keeping these costs well under control. The company had also paid a lot more in terms of salaries.

The results that reflect the quarterly performance of the bank mark the first quarter of the bank under the new management. Scharf had taken over in October as the chief executive and replaced Tim Sloan and then charged with the navigation of the bank through the issues of regulation which have elevated these costs.

Scharf said that there were serious mistakes which were made and they need to regain the trust of the stakeholders.