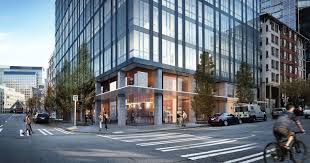 The collapsing empire of real estate venture is facing worse market conditions as its parent company and the currently beleaguered startup WeWork- is going through its never-before-seen bad phase since last few months.

The deal made in 2017 by joint WeWork and Martin Selig for the 36-storey redevelopment project is dissolved on Friday.

Martin Selig had signed the deal by joining the hands with WeLive—residential subsidiary owned by WeWork—to establish this project. This project—located at Lenora Street and Third Avenue—is owned by Martin Selig and had been scheduled to become the third WeLive location in the US. According to the deal, the 23 floors of the building were allocated as WeLive rentals to establish them as a vertical neighborhood for communal dining and such other activities. The remaining floors were considered as an office space for WeWork where the startup venture will provide the shelter for startups as well as for the giant ventures which are hunting for flexible location which will support their growth.

It was going normal until the month of August when the startup got surrounded with rumors and gossips of upcoming financial loss which ended up in overshadowing the star status of the company. As a result, the company stopped up its stock offering in late September and Adam Neumann —CEO, WeWork— has stepped down from the company about 3 weeks ago. The company has also announced that it will release the hold on thousands of its employees soon.

Now, as the deal is dissolved finally, the proposed project will be fully owned by Martin Selig. Though the project is still under the construction, WeLive or WeWork will not be able to claim on it furthermore. According to the recent real-estate market conditions, Seattle has low vacancy rates and high rental rates which is fully advantageous to the building owners which makes its obvious for investors to take advantage of the recent deal demise.