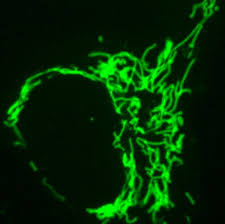 In our immune system, the antibodies are the biomolecules that deploy to target, mark and kill foreign pathogens. The antibodies are known to bind to specific targets known as epitopes, which are present on the antigens surfaces. The selective tagging mechanism in natural antibodies is being studied by the scientists since decades so as to help design antibody-based probes that permit purification and investigation of various types of proteins within the cells. In the epitope tagging, an epitope and a protein of interest are fused using fluorescently tagged antibodies so as to make it visible but only in the destroyed and stagnant cells. The Colorado State University and the Tokyo Institute of Technology researchers have made a new tool so as to deploy the antibody-based probe. The genetically-encoded probes could work in the live cells. Tim Stasevich and Hiroshi Kimura are the researchers behind the designing of the experiment.

The new tool has been named frankenbody as it grafts the sticky region of a normal antibody on to a different scaffold that stays stable in live cells and still maintains its uniqueness of the antibody. The fluorescent antibody can help locate the protein and study the intracellular antibodies in the live cells. The green fluorescent protein (GFP) can be outdone by a new probe. The new tool is tiny and faster in fluorescent tagging. The HA tag was used to design the probe and it can help study the protein dynamics in a live cell.

The new imaging reagents are being built so as to help study amino acids and various translation and transposition processes taking place in a cell. The monoclonal antibody “UB-421” has shown an exceptional and persistent virologic suppression in the lack of ART among HIV people during a nonrandomized and open-label phase 2 clinical trial, according to Chang-Yi Wang from United Biomedical.