The days aren’t far when our vehicles will be powered by the carbon-neutral combustion engines. As per the German technology and component giant Bosch, the clandestine is in the new carbon-neutral or synthetic fuels. With this method, the green house gas will turn out to be a raw material, through which diesel, gasoline, and other natural gases can be extracted from various renewable sources, by using electricity. 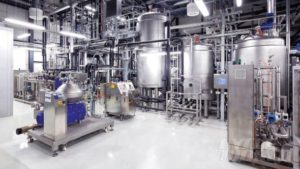 Chairman, the board of management of Robert Bosch GmbH, Dr. Volkmar Denner stated that synthetic fuel has the efficiency to make diesel- and petrol-powered cars carbon neutral, which will turn out to be a significant move towards the initiative of restraining global warming.

The experts of Bosch have presented some precise figures in the contribution, which is expected to be implemented solely by the European car fleet by 2050. The introduction of synthetic fuels in the form of intended supplement for electrification will help save up to 2.8 Gigatons of CO2.This quantity is almost three times of Germany’s CO2 emissions in the present stage.

The company also affirmed that if there is a necessity to accomplish the Paris climate targets, then the CO2 emissions generated from the global traffic should be lessened to around 50% in the upcoming three to four decades and up to 85% in the well-established economies.

“To meet the futuristic climate targets mandates the deployment of some intelligent solutions with exclusion to electromobility, “says Denner.
Taking into consideration that all vehicles will be operated electrically at some day, but what about the other modes of transportation such as ships, aircraft, and even trucks? Which will continue to function on conventional fuels, thus carbon-neutral combustion engines that are powered by synthetic fuels seem to be a potential way to discover its efficiency in passenger cars as well. The synthetic fuels can be created to be burned without soot. This will aid to reduce the cost of treating the exhaust gas.

One of the most important advantages is that the present filling stations can be used in this case, diminishing the requirement of constructing new infrastructures for the synthetic fuel refilling. Despite the fact that the cost of electric cars will decrease significantly in the coming years, the production of these fuels is valuable.

As per the evaluation based on the long-term mileage of 160,000 km, it is concluded that the overall cost of owning the hybrid cars that run on synthetic fuel will be consecutively low than that of having of a long-range electric car, which relies on the type of renewable energy utilized.