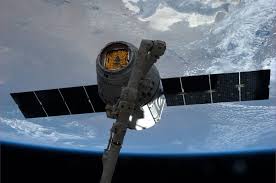 US’s Space X Dragon was sent to International Space Station the previous week for a trial flight. The space capsule has now made a victorious return back into Earth surface. The capsule had the protected cover of a heat shield so that high temperatures do not bother during its return. It had a splashdown into the Atlantic Ocean. A boat named GO Searcher was kept ready to get back the capsule. Entire team had been thrilled for the success of the mission.

Supervisor of the Dragon project, Benjamin Reed said that it still sounds unbelievable to him that the entire mission has been so smooth. They were looking forward more for the return journey that included quite a lot of tasks like deploying of the drogue, re-entrance, deploy of the prime parachute and ultimately the splashdown. Everything happened just the way it was planned. The mission had been more special since the capsule just had a dummy attached with sensors all over and no human inside.

Now, this would provide a big opportunity to NASA for sending humans in that capsule. The tentative date has been fixed in July. However, it might be postponed a little since engineers need to run some thorough post flight detection. Elon Musk, CEO as well as owner of Space X was quite worried regarding the return of the capsule. He had said that considering the shape of the backside of the capsule, there were risks of instability during return at hypersonic speed.

US till this point had to depend on Russia’s Soyuz capsule to send their own astronauts. However, now with the success of the mission, they have a big chance to save up a lot of dollars on that. The unscrewed trial flight has been fixed during April or as soon as one can be scheduled.