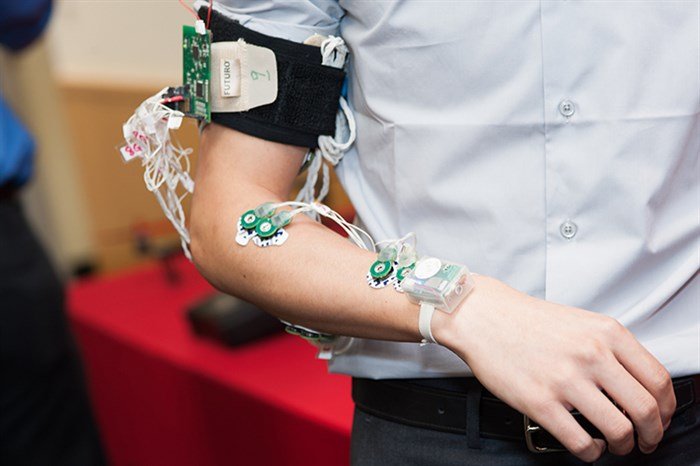 The technology is getter smarter as the years are passing by due to the increasing research and advancement in the field of technology. The use of technology for the speechless people is a fabulous idea. Keeping this in mind, the engineers from the University of California San Diego have created a smart glove that can translate the American Sign Language into text format and also use the virtual hand to impersonate the sign language gestures. 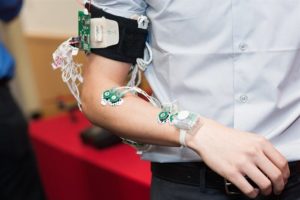 The glove has been named “The Language of Glove” by the team of engineers. It has been made using printable and stretchable electronics which are of low cost. The total expense in making the whole glove took about $100, which is easy to assemble and also can be made commercially available as well. The glove has a leather athletic appearance and nine stretchable sensors attached on the back of the knuckles. The sensors are placed as two on each finger and a single one on the thumb. The sensors are silicon-based polymer coated with carbon paint and glued to the glove using copper tape. There is a customized printed circuit board glued to the back of the wrist to which the sensors are attached using stainless steel threads.

The sensors are designed such that any switch in the electrical resistance when bent or stretched may code for different American Sign Language alphabet depending on the position of the knuckle. The relaxed knuckle codes for “0” and bent codes for “1.” A particular letter sign helps the glove form a nine digit binary key that is translated by the low-powered circuit board into a letter. The signals can be transmitted via Bluetooth to a computer screen or smartphone. The wireless glove can translate all the 26 letters into text and also use the virtual hand to mimic gestures of the sign language.

The gloves can also be used for a number of other applications such as augmented and virtual reality, telesurgery, defense, and technical training. This American Sign Language decoding device has been developed in order to let people use their hands in virtual reality rather than using the joysticks or other controllers. The virtual training procedures in medicine can help make use of the hands.

The engineers are looking forward to develop a next-generation smart glove that has a sense of touch endowed in it. These gloves can help virtual or robotic hands send the sensations back to the users. Let’s see what the future holds for the smart glove.