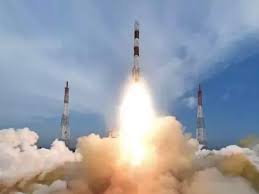 Rocket Lab and certain small LV developers say that the US government could be better in its role as a customer. An RL Electron is currently scheduled to launch from New Zealand on June 27.

This mission is for SI, carrying multiple smallsats having a payload weight of 80 kg. RL’s last 2 launches were for USA’s military. 3 tech demonstration satellites for the US Air Force were launched on May 5, with a launch on March 28 placing DARPA’s R3D2 in orbit as well. However, the company stated the commercial customers were easier to handle.

Commercial customers can enter into a contract within weeks, whereas government customers take months if they were lucky or even years. The former has a straightforward process and does not require additional, time-consuming and expensive processes that have no value.

The government also adds complexity and costs for cheaper launches and requires assurances that were actually needed only for expensive launches. The government is yet to understand that the smallsat business was highly competitive.

Hoffman stated that a different approach could be adopted where launches could be ordered by government agencies via GSA schedules instead of conventional systems. Greg Orndorff of Vector supported this and stated that the US government has to reduce its mission assurance demands.

Since Vector launches multiple rockets in a year, mission assurance wasn’t really required, since it cost more and bogged down speeds.

The government is, for now, insistent about mission assurances and is not worried about the additional costs. However, Kovacs stated that increased government supervision could actually stifle innovation and project success due to the increased scrutiny.