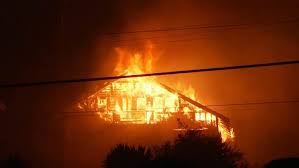 The bankrupt producer of power of California, PG&E Corp has said this Friday that it has reached a settlement of $13.5 Billion with the victims of a few of the wildfires which turned out to be the most devastating in the decade.

This agreement has helped in smoothening the way for this company to come out of bankruptcy. They had filed for the protection under Chapter 11 in the month of January as it cited the liabilities being potentially over $30 Billion from the wildfires which had occurred in the year 2018 and 2017 and had been linked to their equipment.

The CEO of the company Bill Johnson in his statement has said that now that this major milestone has been achieved they are focusing on their emergence from Chapter 11 becoming the utility which their customers are expecting and also deserve in the future.

The fire investigators of the state in the month of May had made a determination that the transmission lines of PG&E have caused the most destructive and deadliest wildfire in the history of California. The campfire that had been driven by the winds had killed as many as 86 people inside the town called Paradise in the previous year.

They had in a similar manner made a conclusion that the power lines of PG& E had sparked a flurry of wildfires separately which had swept the wine country of California in the year 2017.

The settlement which has been agreed is dependent on the conditions and is still going to require the confirmation of the Bankruptcy Court of the United States. The company said so in their statement on this event.