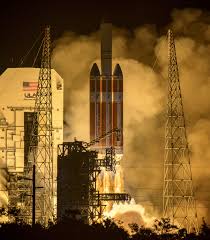 The landing of US Air Force’s X-37B robotic space plane has been relatively secretive and the pictures released by the USAF shows that the vehicle is in good condition even after its long flight of nearly 2 years. The photos show that the spacecraft does not have distinguished features to differ it from other spacecraft which makes it tough to find out which one of the actual X-37B vehicle was used for this mission. As not much information has been forthcoming about the mission one can only guess what the spacecraft could have been doing in orbit.

Though analysts have been trying to speculate about the purpose of its mission but they have not been able to penetrate the veil of secrecy around the project. Though the project was an amazing feat of technology the team which created it and put it into orbit should also be felicitated for keeping the details under wraps for such a long time.

The existence of this spacecraft is not a secret as several details have been released into the public domain by officials but secrecy has surrounded the project. In the past public was given detailed images of spacecraft with payload preparing for launch along with beautiful videos of its landing. But details about its recent missions have been kept secret from the public and there was general speculation among analysts that something had changed about its hardware so there is concealment about the mission. Analysts theorized that some sensor was attached to its interface which would be used in interactions between X-37B and final launch stage just after launch.

As the USAF released full details of the spacecraft after it landed it is obvious that sensitive are on the rocket and not X37B. This time there are limited pictures of the spacecraft after landing and no videos have been released which is hinting that there is likely to be something unusual. Analysts suggest that some calibration target has been pasted on rear of X37B and it is photographed by rocket’s sensors after the spacecraft separated. This suggests that camera or some sensors are being tested for close inspection.