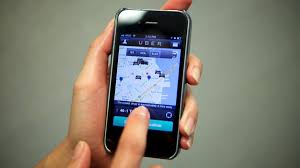 San Francisco is getting aware first-hand about the dangers of blanket prohibitions on facial recognition. City supervisors have decided to change a ban on facial recognition in domestic government to permit the employment of FaceID-based iPhones and other machines where the tech is comprised, but other functions are considered essential and do not have options. Workers are not permitted to employ the facial recognition technology (they will have to enter passcodes on their handsets), but they do not have to sacrifice a modern phone just to answer emails and take calls.

The alteration is reflected in smaller regions. Media claimed that Brookline, Massachusetts lately issued a ban that excused personal gears, while the Alameda’s Bay Area town is mulling over similar legislation.

These loosened laws detect a common issue: it is hard to fully prevent facial recognition tech in the modern region. While you do not always have to employ the tech when it is accessible, even lower-cost computers and phones might come with it as an alternative. Cities either have to search workarounds or treat specific types of facial recognition as dissimilar. Face ID, for example, is a strictly on-device security action where the prohibition is majorly aimed at surveillance.

As it is, the ban by city may have come arrived in time to stop serious privacy issues. The SFPD verified to the media that it had begun a 90-day test of a facial recognition-in January 2019 on the basis of mugshot search system. The department turned off access once the test expired, but it only “eliminated” the servers for it once the tech ban went live in July. Cops could have been employing facial recognition tech widely without the users even being aware of it—that alone can validate the prohibit for critics, even if some changes are essential.