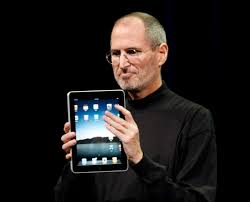 The Smartphone market has both competitors Apple and Samsung fighting for a larger portion of consumer preference in the U.S.

Though Apple was in the limelight for quite some time, Huawei had been able to climb up slowly by getting more number of users. With Smartphone sales picking up, Huawei could overtake Apple in recent years.

The Huawei executive had previously pledged to bring up sales this year so that Huawei could bring in better revenue than Samsung. However, all this came to an end with the ban from President Trump on Chinese goods, and in particular against Huawei.

Huawei has come under the ban by the U.S. on national security reasons. Experts fear that China may retaliate on Apple.

With both countries flinging tariffs and bans against each other, the tech company that has benefited the most is Samsung from South Korea.

This is an opportune time to gain a huge market share for Samsung. In 2018, Smartphone sales saw a surge by 50 percent in sales for Huawei, though Samsung’s sales had gone down by 8 percent.

Apple sales in China are feared to be worst hit In the U.S. In turn, Huawei will face the same treatment in the U.S.