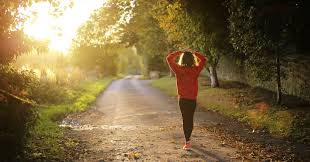 Aerobic exercises significantly improve the walking abilities and endurance of stroke survivors, report researchers. An analysis of over 19 studies was conducted, which included over five hundred stroke survivors between 54 to71. Walking happened to be the most reported activity, with stationary cycling & mixed aerobics following next. Walking and endurance abilities were tested during these programs.

Patients saw significant improvements. Compared to their initial performance, they were able to walk half a football field’s length more in 6 minutes. Those suffering from movement impairments experienced the most improvement. Elizabeth Regan from South Carolina University and lead author stated that time period elapsed since the stroke didn’t matter.

Mixed aerobics provided the most improvement, which was followed by recumbent stepping, walking and cycling. The study appeared in the AHA’s journal on August 14.

Strokes happen to be the leading disability cause in the USA. Often, physical therapy sessions are prescribed for most stroke survivors, for improving their physical difficulties. Most stroke rehabilitation programs these days place little or no focus when it comes to aerobic fitness. Regan stated that the form of physical therapy they provided to their patients with a history of stroke was focused more on enhancing their ability to walk and walk well, instead of simply focusing on walking long and far. She said that the distances one could walk didn’t matter if their endurance levels were too low.