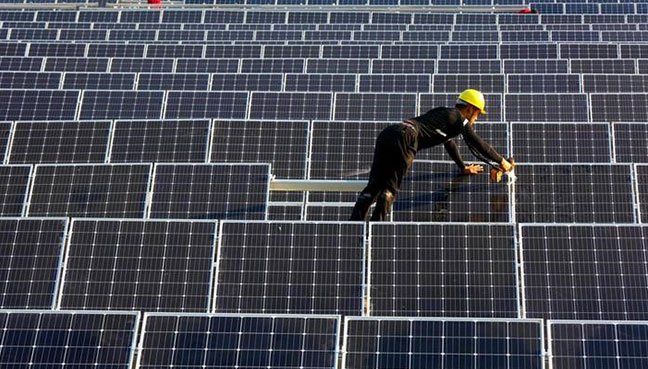 Qatar Signs A New Solar Deal With Total And Marubeni Qatar has signed a new solar deal worth USD 470 million that will focus on constructing the country’s first solar energy plant which will be capable of meeting a tenth of the country’s peak national power demand. The plan is a part of meeting the pledge of producing solar power during the FIFA World Cup to be hosted in the country in 2022. Saad Al-Kaabi, Qatar’s Energy Minister, while briefing the media had stated that the proposed solar plant will be producing eight times the energy that was to be produced as part of the pledge in FIFA World Cup. The media briefing was done after the signing of an agreement between France’s Total, Japan’s Marubeni, and the Qatari government was completed.

As per the details revealed thus far, the solar plant will be called the Al-Kharsaah plant and will be located near the national capital, Doha. It will expand across ten square kilometres of land and is due for completion before the 2022 FIFA World Cup kicks off. The total production capacity of the plant will expectedly by around 800 megawatt. While it will be the first solar plant in Qatar, it will also be the largest solar plant built by the French energy giants, Total. The state will have 60 per cent investment in the project while the remaining 40 per cent funding will come from foreign investors.

Talking of Qatar’s preparations for the 2022 FIFA World Cup, the country’s aspects of staging a successful tournament took a major hit as countries around the globe expressed concern in visiting the country over security reasons amid the new unrest in Persian gulf. The staging of World Cup in Qatar was already criticised across the globe due to unfavourable weather conditions.