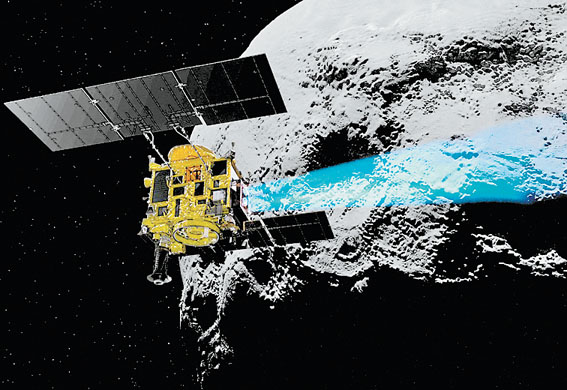 So it seems that strange cigar-shaped interstellar entity that passed by the solar system previous year is, in fact, a comet, as per a new research. The traveler that was named `Oumuamua was primarily located in 2017 by scientists with the Pan-STARRS (Panoramic Survey Telescope Rapid Response Systems), situated on Maui.

From the instance scientist discovered the strangely shaped entity, they were not precisely certain how to categorize it: initially it was a comet, later an asteroid, prior to astronomers considered it merely an interstellar object.

However now, owing to the researchers’ hard work directed by the European Space Agency, again `Oumuamua is being reflected as a comet, as it is not exclusively being directed by the gravity of the Sun as an asteroid or planet would be, as per the study’s lead author, Marco Micheli.

Micheli said, “All of a sudden, we discovered that `Oumuamua was not pacing down as much as it should have owing to merely gravitational forces. We consider this is a small, strange comet… we can perceive in the information that its boost is getting lesser the farther it goes from the Sun, which is characteristic for comets.”

He added, “It is certainly a thrilling finding.” By giving the comet tag on the strange entity, scientists are better capable of elucidating the non-gravitational acceleration of `Oumuamua, as comets are pushed by outgassing, as reported by Space.com.

Though `Oumuamua is not your usual comet since it lacks the cloud of dust and gas that encircles around the comet’s nucleus, a coma, the obscurity remaining behind the entity now is its origin.

On the other end, a Japanese space probe has arrived close to its target, a tiny asteroid known as Ryugu, as announced by the Japan Aerospace Exploration Agency. Hayabusa 2, the unmanned rover, will make contact with Ryugu and bring its sample back to Earth.