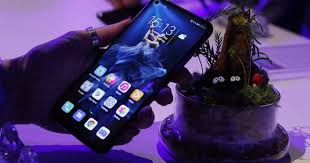 Adding to the long list of Huawei’s troubles after getting enlisted as an entity by the United States government, Facebook Inc. announced it will no longer allow Huawei to pre-install any of the Facebook apps on its devices. Users who have a Huawei smartphone with Facebook apps pre-installed will continue to avail the service without any change. This comes as a major setback for Huawei who are already dealing with a long list of blocks and bans from US-based companies.

Huawei Smartphones that are manufactured post the announcement was made will not have any of Facebook, Messenger, WhatsApp, and Instagram installed on it when it leaves the factory. Smartphone manufacturers negotiate a deal with owners of popular apps that allow them to pre-install those apps on their devices. Twitter and Booking.com are the other major apps that come pre-installed on a Huawei smartphone. Whether they too will be removed remains to be seen as neither of Huawei, or Twitter, or Booking.com were ready to make any comment. For now, all smartphones manufactured will come with Google Play Services and will allow users to install Facebook apps through Play Store. However, after the 90-day extension period is over, Huawei will have to come up with a version of each app compatible with its own OS.

Talking of Huawei’s own Operating system, talks are that the Chinese tech giants have already prepared themselves well to hold them well without Google Android. They are already in the final stages of rolling out their own personal operating system. This can possibly have only two outcomes, a failure that will leave Huawei in deep troubled waters, or a success that will end the undisputed monopoly held by Google and Apple with Android and iOS, respectively. The war between Huawei and all other American tech companies has been the highlight of US’ trade war with China.