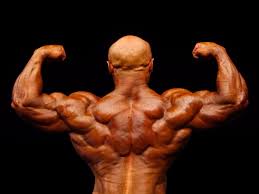 New research has overturned the widely believed notion that human beings, as opposed to other mammals, take longer to process pain than touch. These findings have the potential to make a significant impact on the diagnosis as well as treatment of different types of pain.

Till now, the world of science has believed that in human beings, nerve signals which “communicate” touch sensations to brain are much faster as compared to the ones which relay pain.

According to researchers, the gap in speed was owing to touch signals traveling via nerves having a thick coating of myelin. This is an insulating sheath formed by lipids and it acts a protective layer around these particular nerves. Further, myelin helps in the fast conduction of the nerve signals.

In comparison, pain signals have been believed to travel via nerves having no myelin layer or having a thin layer of it. As for other mammals, there exist ultrafast nociceptors or pain receptors.  These are afferent neurons having a thick coating of myelin, which communicate pain signals very quickly. The question is whether this holds true for humans as well.

Recently Saad Nagi, who is a major research engineer at Experimental and Clinical Medicine’s Department as well as the Linköping University’s Affective and Social Neuroscience Center in Sweden, led a group of researchers to find a solution to this question.

As per Nagi, the capability of feeling pain is crucial for our survival. To find the answers, the scientists used a technique known as microneurography. It let them visualize and subsequently, track the traffic of neurons from the peripheral nerves right up to muscles and skin.

Nagi, along with his team, used this technique on nearly a hundred healthy participants of the study. The findings of the study were then published in the Science Advances journal.