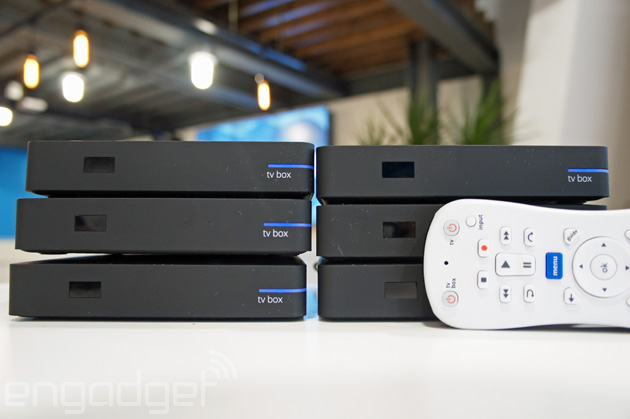 The Google Fiber offers an internet connection speed up to 1000Mbit/s (one gigabit per second) for both upload and download which is roughly one hundred times faster than the other services. With the Google fiber connection, a person can easily download a movie within 2 minutes. This service provides fiber to the premises in the US, offering the broadband connection and cable TV connection to all the locations in the country.

The Kansas metropolitan city was the first area where the Google Fiber service was introduced and was considered as the viable business in December 2012. In the following years, the company started expanding the service in many other cities in the country. According to the 2016 report, there were sixty eight thousand seven hundred and fifteen TV subscribers and were estimated to have four hundred and fifty three thousand broadband customers.

The Google Fiber offers four services depending on the location of the customer. Among the services, three of them are internet services and one is the television service. The TV service includes 2 terabyte DVR with the Google drive, the DVR can simultaneously record 8 TV shows.

On 14th November 2016, Google announced the update of the Fiber TV app for both the iOs and Android users, which will include many additional features to the service. According to the update, the new service is infused with the machine language, offering customized recommendations depending on the location of the user and the other things. The new app allows the users to watch their TV channels on demand or live service and they can also control the television using the mobile phone. The company has extended their machine language system to the Fiber TV service.

The integration of the machine language in the Fiber TV helps the users to efficiently access the personalized recommendations and contents. But the app’s design is unchanged.

Some of the new features included in the Fiber TV,

The integrated machine language can analyze the way in which the users can view the content and it offers recommendations for the live television. Even if the user forgets to switch between the shows, the app shows the recommendation to switch the channels to watch the desired show.

The new updated Fiber TV app provides the users with a number of games with the live streaming features; the users can also record the matches and watch them later. With the new DVR facility, the users can either watch live streaming matches or record them and schedule for later. The main benefit of the updated feature is that the user can setup the recording mode even when they are not at home.

The new feature also allows the users to record the contents with a simple click; the app will prompt for the recording of the show on the DVR so that the users will not miss out their favorite games, movies or shows.

The new updated Fiber TV app is available for both the Android and Apple users and they can download it from the Apple App Store and the Google Play Store. However, this app is available only for the Android users whose device is running on higher versions of Android, like Android 4.1 and above. The Apple version of the Fiber TV app weighs 74.7 MB and it supports different languages like Korean, Thai, Hindi, English and other languages. It is also accessible via other wireless devices like iPod touch running on iOS 8.0 and higher versions, iPad and iPhones.

Next generation of the Fiber TV

Apart from the new features of the Fiber TV app like watching on demand or live television channels and controlling the Fiber TV using the mobile phone. The enhanced feature of the app is to record and play the movies, games and TV shows with the new navigational updates.

With the new recording feature, the users can watch the next episode of the show as soon as they open the app. The Fiber TV app shows the users the details about the sports that are currently happing so that the users can either watch the match or schedule it to watch later. When the user plans to schedule the particular show, movie or match later they can record that particular show to the DVR easily.

The personalized recommendation option allows the user to personalize their TV watching system; the users can select the next show they wish to watch and the app will automatically show the next selected program. This personalized recommendation feature is available for the live streaming and recordings. Each time the company keeps updating the Fiber TV app with new and advanced features, even when it debuted in June, the Google cast service for the Fiber IPTV STB (set top box) used similar tech that gives the users the ability to access the apps present on the television screen.

With the Google Fiber TV app the users can listen to music with the Pandora, watch latest shows and series on Netflix and other channels, switch to the Google Photos and view the photos and access the TV from wherever they are. Webpass is an internet service provider that invested in the 5G service and was acquired by Google earlier this year. The service provider was given the license by the FCC to explore beta service in twelve cities within two years. So the users can experience instant streaming and powerful gaming with the hi-speed internet connection.

With the advent of the mobile technology and internet connection the way of watching the favorite sports match or TV series or movies have changed. Google updated their Fiver TV app recently that allows the users to watch the shows and episodes directly on the mobile phone.

The users must simply launch the app on their smartphone and register themselves in the app; they can then search for their favorite TV shows and sports matches either on demand or live streaming. The users can control the television using the tablet or smartphones from anywhere and this is possible with the new Fiber TV update. The new personalized recommendation and recording feature have elevated the TV watching mannerism. The user can record their favorite television shows, videos, episodes and sports matches and watch them later, they can even create a tab to list their favorite episodes and videos so that they can schedule the programs and watch them later.

The integrated DVR on the Fiber TV is used to record and save the selected programs and shows when the user is not at home, so when the user launches the app they can watch the recorded shows and matches.

Based on the user preferences and their watch history, the Fiber TV app shows the users some of the recommendations of the shows, sports matches and other videos. It also recommends all the possible recordings that can be automatically recorded to the DVR, so that the users can watch new set of programs when they open the app.

Author Bio : Anand Rajendran is CEO and Co-Founder of Zoplay.com, best PHP scripts development company located in India. Zoplay is a part of Casperon Technologies a leading social and mobile development company which developed a Zoplay Scripts . I’m a Tech geek; Digital marketing expert, Entrepreneur, and Atheist who loves to write everything about PHP Scripts and mobile application development.