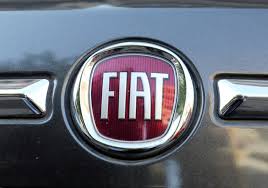 The merger between Fiat Chrysler Automobiles and Renault SA has just been abandoned.

Fiat Chrysler almost got merged with Renault last month. The proposal would have made Fiat, a leader in global automation. However, the merger has been called off.

However, the board members from Renault were unable to reach a decision regarding the merger and the proposal was withdrawn by Fiat. Jean-Dominique Senard of Renault has not been able to pull off the merger with Fiats John Elkann.

Renault has the French government as its major shareholder with a stake of 15 percent. Nissan from Japan owns about 15 percent share in Renault.

Had the merger taken place, the two companies would have shared development costs on the technology used, like self-driving cars and electric vehicles, which is the future of the industry.

It would also have put Fiat under pressure with the French state, as the French government owns 15 percent stake in Renault, had the merger been successful.

But with the fallen proposal, share prices of Renault sank by 7 percent on Thursday.

The car industry is further under great strain with heavy competition coming from electric models and new technology taking the auto sector to new levels. In addition, the car industry faces high emission standards. In such a scenario, the industry is able to cope through mergers to make it possible to yield profits.

This is not the first time that Fiat had gone back on its proposed merger. Earlier, it was unable to go ahead with a merger with General Motors Co.

Fiat is already facing an issue with a weak balance sheet and high pension obligations.

Renault has been under pressure with being in alliance with Nissan from Japan. The former CEO of Nissan and Renaults, Carlos Ghosn is waiting for trails in Japan, on financial misconduct allegations. The broken merger now adds pressure to Renault.