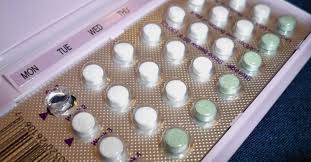 It will not be long before men start playing a pivotal role in birth control. However, for a safe and fool-proof male contraceptive to become a reality many years of dedicated research are required. The first fledgling steps in this context were taken when a new drug that presented promising results was developed. The presentation with respect to the drug named 11-beta-MNTDC was made at the yearly meeting of the Endocrine Society.

About 40 normal males within the age group of 18-50 years were a part of the trial with 10 of them receiving the placebo. The men recorded reduced testosterone levels and reported no major side effects. A few of them experienced headache, tiredness, acne, mild impotence issues and reduced libido. However, the earlier year’s conference had also witnessed a presentation of a similar drug named DMAU by the same team of researchers. Both the drugs were synthetic molecules that resembled closely to testosterone.

Experts revealed the working of the drug; the drug sends signals to the brain about the adequacy of testosterone levels thus restraining the passageways leading to sperm production. The drug simulates the testosterone impact on the body parts and this could be the reason for non-occurrence of serious side effects.

One of the senior investigators of the study indicated that the development of a male contraceptive on a commercial basis would require many years of research and could be possible only after a period of at least ten years or so. The results would need to ensure a total halt to production of sperm. The current stage of development had only reached in reducing the testosterone levels within a period of one month. All aspects of safety, effectiveness and reversibility will have to be taken into account before commercialization can be considered. Till then the men will need to make do with vasectomies and condoms!