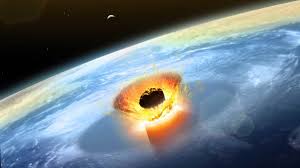 It has been extensively researched in recent times that earth needs protection from the devastation that an asteroid strike can cause. Yet a research result suggests that it was an asteroid attack that had made life happen on earth. Evidence of selenium, an isotope, traces of which was found both on the mantle of the earth and on meteorites that were found in the outer space.

The study states that this isotope signature that was a cause of accretion and this overlaps with the CI type chondrites. This study result was enough to conclude that the veneer had found its origins from the outer regions of our solar system and was made up of a mass that was considerable lower than the previous estimates. These isotopes named selenium was found using a way under which small sample particles were collected from the rocks of our mantle that had found its way to the surface due to tectonic shifts in the earth’s plates.

This goes on to prove that selenium was just another building block of life that had originated out of the earth’s atmosphere and much like water, had reached our blue planet through meteor showers.

Calculations suggest that almost 60% of water found on the surface of the earth had found its way from the outer solar system. That was the only plausible explanation for the formation of the oceans. This in turn made life possible on earth and eventually in the form we currently see it.

There is an hypothesis called Panspermia that suggest that life started in the form of microorganism that had travelled here through asteroids, meteoroids and other space particles. As selenium is highly attracted towards iron, it is mainly found in the core of the planet. An estimate when selenium found its way to earth can be traced back to somewhere from 3.9 billion years to 4.5 billion years.