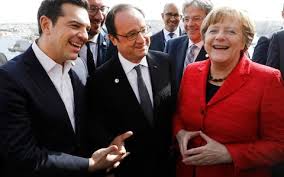 The Finance Ministry of Italy will release its fiscal plans for this year which analysts say will lead to another dispute with European Union and may be followed by turmoil in bond market. The new plans will have a revised budget of 2019 that may have a deficit and growth of only 0.3 % in this year which was down from previous prediction of 1.0 %. During 2020 its budget will have a bigger deficit of around 2.1 % in its GDP that will be higher than its target of 1.8%.

Experts believe that deficit targets this time could be bigger than 2% which was agreed with European Commission that is the executive arm of the EU. During last year a crisis like situation developed between Brussels and Rome when the coalition government of Italy announced its 2019 draft budget with deficit of 2.4 %. This opened up all likelihood of infringement proceedings as a budget of this type would breach requirements of Maastricht Treaty. But eventually after two months of negotiations the 2019 deficit budget was revised by finance ministry of Italy.

This week could lead to another situation like that again as media reports confirm which may be treated with caution by EU since their growth forecasts for this year and the next is likely to be greater than expected. As per George Buckley the Chief European Economist of Nomura every decrease of 1 % in economic growth will lead to slip of 0.5 % in the budget deficit. Soon hike of value added tax are also scheduled to start from 2020 and this rise will be due to levies on consumer goods that will be worth around $ 25.9 billion. As per statements of Deputy PM Luigi Di Maio of Five Star Movement these will not be imposed and stated that instead they are working on several measures to lower taxes and bring in more investments.