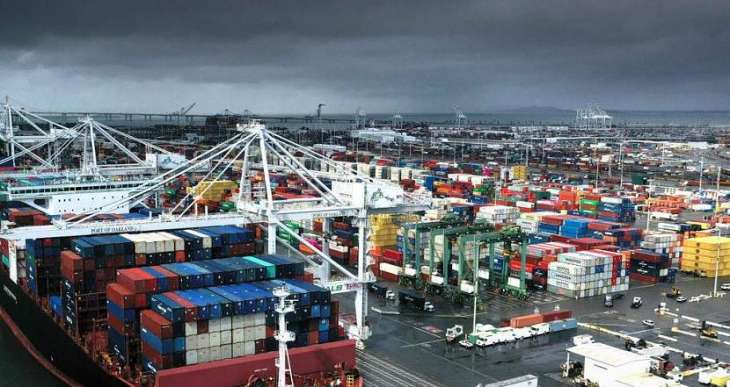 The U.S. trade deficit increased to a 5-Month high in May since the politically receptive imbalances with Mexico and China widened. The U.S. DOC (Department of Commerce) said the gap amid the goods and services that the U.S. sells and what it purchases from foreign countries increased by 8.4% to $55.5 Billion in May, which is the highest since December. The exports surged by 2% to $210.6 Billion on increasing shipments of aircraft, soybeans, and cars.

But imports surged additionally—3.3% to $266.2 Billion—on a surge in cellphones and crude oil. The shortfall in the trade of products with Mexico elevates by 18.1% to $9.6 Billion. The goods breach with China broadened by 12.2% to $30.2 Billion. US President Donald Trump foresees America’s trade deficits as an indication of weakness but has not been capable of reducing them.

On a similar note, recently, the White House advisor said that the U.S.-China trade discussions to be held in person immediately in the next week. Top delegates from the U.S. and China are preparing to resume talks in the next week set out to resolve a year-long trade battle between the two largest economies globally, Trump administration executives said. In a briefing, Larry Kudlow—White House’s Economic Advisor—told reporters, “Those talks would continue in this coming week.”

An executive from the USTR (Office of the United States Trade Representative) said that the two parties were in the process of planning a principal-level phone call with Chinese bureaucrats for next week. The main negotiators on the U.S. side are Robert Lighthizer (US Trade Representative) and Steven Mnuchin (Treasury Secretary), whilst China’s top negotiator is Liu He (Vice Premier). At the moment, the two sides have been in talks, when presidents Trump and Jinping settled to resume talks that had stopped in May.