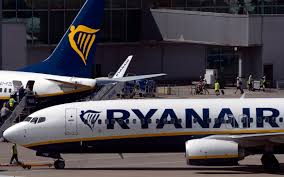 For the sixth time in a row, Ryanair failed to satisfy their customers as they got just 45% of satisfaction rating in consumer surveys. They were the last in the list for the 6th consecutive years this time. Customers were given over 50 words to choose from that describes the airline best. Majority of them came up with words like “sneaky”, “arrogant” and “greedy”. This comes when Ryanair pilots are on strike due to issues related to pay and conditions.

In the survey about 4000 customer opinions were taken about the customer support for up to 3 out of a total of 100 well-known brands. Customers were told to answer on the basis of things like knowledge of the staff, customer satisfaction, how helpful the staff was and how well did they handle issues and complaints from the customers.

Other airlines apart from Ryanair didn’t do well either as British airways came at 83rd place and Easyjet was placed at the 79th position. The poor customer reviews for Ryanair came at the time when their pilots are on strike over some issues related to pay and conditions.

Passengers were pre-informed about possible delays and disruptions but according to sources and statements from the airlines, 97% of the flights took off as they were supposed to on Thursday which was the first day of the strike. Apart from this, the British airline pilot association union is planning another 48 hour strike in the early days of September which will have even a more impact as it coincides with the summer holidays as they end.

These strikes at Ryanair have led to thousands of flights being cancelled and delayed during previous summer which angered a lot of passengers. As of now, there are no compensations for them as Ryanair said that those strikes have led them to “extraordinary circumstances”. Civil Aviation Authority launched legal action against them back in December last year, saying that they breached EU law.