Google Maps: It shows the Speed Limit During Navigation 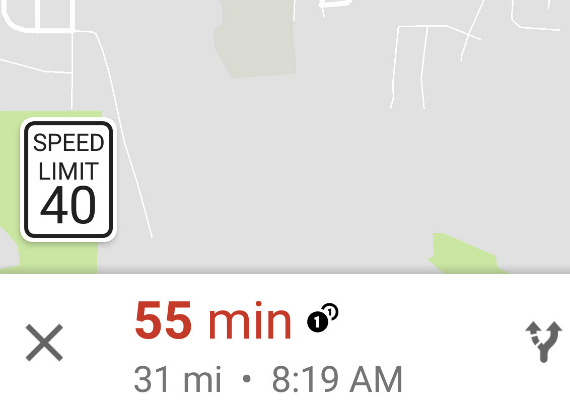 When you happen to stop at the police for speeding, the first excuse that comes to everyone’s mind is that not realized that they were running. In it wants to help Google is the new addition to Google Maps.

According to user reports on Reddit, during the use of Google Maps has begun to speed limits are displayed.

The new feature shown in the following screenshot, but has not yet enabled for all users. The Google probably wants to try it and then bring it to everyone.

Still do not know how it works exactly the new feature, it will simply raises speed limits on the map or to alert the driver exceeds the speed limit. This is a feature that has the Waze for some time and definitely would be a good idea to see it on Google Maps.