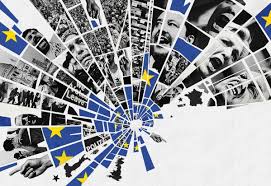 Germany along with Netherlands are facing an increased level of pressure of spending a lot more money for boosting the growth of the economy by the former finance minister has rebuffed these calls and said that the government of Netherlands has spent a lot in the recent years.

Asked about whether Netherlands is needed to boost the spending publicly, the finance minister has said that the government has done so already.

He said at the ongoing World Economic Forum at Davos that it is said often but has not been backed up by the numbers. In the last two years, the government has been spending a lot on many things which they can spend on, from the defense to education to infrastructure and then environment.

The countries from Europe which are richer like Netherlands and Germany have faced a call to increase the spending for boosting the economy of Europe as a whole.

On this Monday, even the Chief economist of IMF Gita Gopinath has joined the list of the people who are questioning the two countries for not using their fiscal space.

She said that in order to support the growth recovery, it is important for the policymakers to not do any harm. The policy must remain one that is accommodative and the countries that have the fiscal space must use them to improve the human and social capital and the infrastructure which is climate friendly.

Sustainability and climate change are the major themes this time at the World Economic Forum. The United States President, Donald Trump has moved away from the pledges of environment and Greta Thunberg have been making major speeches.