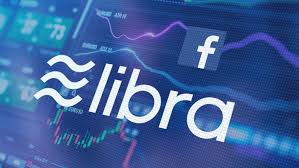 Once Libra goes mainstream it could cause an increase in consumer spending habits. A cryptocurrency from Facebook, Libra will be operated along with a number of partners, consumer companies, credit card firms, and payments providers. It begins operations in 2020.

Libra will not be linked to user data to enhance targeted advertisements, claims the company. However, it will be incorporated into all of Facebook’s products. Experts state that due to this increased accessibility enabling purchases and consumer activity more, it could turn dangerous for those with spending problems. Bruce McClary of NFCC also backed this fact.

Facebook hasn’t yet commented about this news. As per a Charles Schwab survey, over 33% of Americans were influenced by social media regarding their purchases. Over 1000 Americans were surveyed for this study. Social media ranked as the most adverse influence against proper money management.

Tyrone Jr. from Woodbridge stated Libra’s easy accessibility could enable overspending. Unlike Bitcoin, Libra could be used for various everyday transactions and would not be employed as investment assets.

Libra will be stable, with the backing of actual assets, consisting of government securities and bank deposits, as per a white paper from the company. Its price is unlikely to fluctuate wildly. Bitcoin’s usability is suspect due to its complex nature. Priya Malani of Stash Wealth stated that digitizing or gamifying transactions would increase mindless spending.

David Marcus of Facebook stated that loans and financial services may also be provided down the road. Malani stated that those with borrowing issues could wind up getting devastated since one could be stuck paying back loans at a highly adverse interest rate. Consumer debt figures in the United States have hit $4 trillion, as per the FRB.

April Benson, who is a psychologist, stated that to control spending habits, making the purchase process slightly less automatic would help impulsive spending. She also advises everyone to modify their shopping philosophy, focusing on long-run benefits. Setting up a budget would also help. Tracking and measuring spending habits would instill financial discipline. Learning about upcoming financial products would help as well. One must do it on their own, states Ross, as he feels that corporations are unlikely to educate their customers effectively.