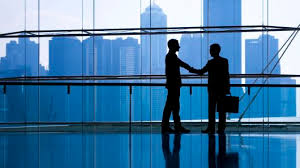 Challenges are on the rise for Asian Private Equity investors. According to Bain and Company, the global management and consulting firm, the funds saw a steep decrease last year. The worsening trade relation between the US- China, increasing competition among the large and small funds and the increasing interest rates are heating up the situation further.

The private equity investors are on vigil regarding the new Chinese economy which they call the speculative bubble. According to Bain, the private equity has had a strong growth in the Asia-pacific over the last decade. They are said to have $883 billion under management which accounts for nearly 26% of the global market. Though the deals had hit a record breaking value of $165 billion in 2018, however the total fundraising dropped by more than 50% to come down to $75 billion.

Bain’s co-head of Asia pacific private equity, Kiki Yang said that the private equity has had an ever increasing growth and the year 2018 reinforced this trend by creating record breaking deals. As per reports, the larger companies collected much of the successful exits while the smaller companies were finding it hard to find buyers. Bain said that the exits which involved companies sold under $100 million decreased to 58% last year while those above $100 million rose by 26%. Yang said that the exit market will be only getting tougher keeping in view the risk of global recession and other economic challenges.

The volume of private equity and venture capital flow into the Chinese market is huge and this has saturated the market, which are making investors to look for greater investments. Reports have highlighted the risks posed by the Chinese internet and technology sector, which they call as the new economy. It is also said that the use of traditional metrics like earnings and cash flow to evaluate this economy is difficult. A greater two-third of the Chinese private equity investors see a high risk of the speculative bubble which they feel would burst in the years to come.