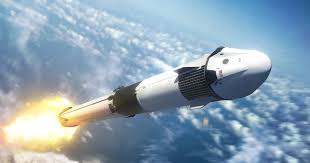 Space exploration firm SpaceX has confirmed that its space rocket Crew Dragon that was supposed to make its maiden flight into space with human crew was burnt during a recent test flight. This disaster could derail the firm’s plans to start flying crews to international space station this year. Though the year began well for Crew Dragon as it successfully completed a demo flight during March by docking with International Space Station and landing safely back on earth, during a series of engine tests on 20th April at its test facility in Cape Canaveral it caught fire during its final test stretch.

When thick smoky plumes rose into the sky it raised concerns about serious explosion but then SpaceX confirmed that the accident had occurred. The firm along with NASA has come under intense scrutiny after footage showing the spacecraft erupting in flames was shared online as even NASA memos confirmed that these were genuine. SpaceX has only now shared details of what actually happened during the incident through VP of Mission Assurance Hans Koenigsmann who declared that Crew Dragon Spacecraft was entirely destroyed. The incident occurred during firing up of the spacecraft’s SuperDraco engines that are responsible for powering its emergency escape mechanism.

The team was testing this mechanism which would then be presented during demonstration of this safety system in June. The SuperDraco engines are designed to propel the capsule carrying human crew to safety if something goes wrong during launch of the rocket. He stated that this incident is likely to set them back but as several spacecraft are still under construction SpaceX would not have to start from ground zero. He assured that investigation to understand the cause of the fire is still underway. In its first crewed mission Crew Dragon is scheduled to carry NASA astronauts Doug Hurley and Bon Behnken.