After seven years of establishing Practo, life seems to be coming around for the Co-founder and Managing Director of Practo.com, Shashank ND. The healthcare-based start-up, Practo, was started after Shashank went through severe complexities for his father’s medical records and treatment. 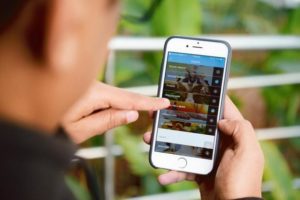 Practo received its first investment in 2015 of $120 Million and recently it announced four acquisitions in the previous six months. The idea struck in Shashank’s brain when he wanted to send the reports abroad for a second opinion and doctor said software failed to send out an email.

He later on started with the venture by developing software that can help doctors. He also got a helping hand from his college friend Abhinav Lal, CTO of Practo. Both studied at NIT, Karnataka.

The company’s Practo Ray software was introduced in 2009 and later on, a search tool was deployed to help patients to find doctors. At present, Practo has more than 2 Lakh doctors and 8,000 plus hospitals in its database.
Talking about its business model, “Practo isn’t an e-commerce company, it is a service-based marketplace,” he added.

Coming on to its latest acquisitions, Qikwell, a startup that helps to book appointments for the hospitals, was purchased for $40 Million in September. A cloud-based hospital management software maker, Insta Health, was taken over for $12 Million in September, and one of its first acquisitions in wellness segment was Fitho. The company is also in talks with two insurance companies to support its services; however, there is no firm decision made on such conversation yet.

As per Shashank, cities that fall under the category of tier II such as Lucknow, Chandigarh, and Indore are great adopters of Practo.

The company is also in plans to elongate its global outreach. It presently operates in Indonesia, Singapore, and the Philippines. It’s Insta Health has existence in 15 nations and along with that Practo wants to spread its wings in the Middle East and South America in the coming future.

The company has returns coming from four different revenue models, in which Practo, through its software, fetches cash from the clinics and doctors. Quikwell and Insta Health draw their profits from hospitals and healthcare facilities that utilize their products. In addition, the company is also going to start ad-based revenue products, for instance, Google, via which ads will be sold.