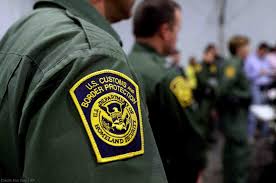 North America and the U.S. Government are looking at a fast approaching flu season and they are encouraging everyone who is more than 6 months of age to get vaccinated.

The people who are among the thousands of those who have been detained for undocumented entries by the Custom and Border Protection have not been vaccinated for flu.

The number of people who are in custody of CBP on an average is close to 3500 as per the latest data which has been released by federal agencies. This is less than the peak which was 20,000 earlier in the year. Experts have been critical of the CBP for denying a basic human right to those detained when in August it had stated that they would not be allowing vaccinations. They called this a denial of basic health services.

People who belong to a volunteer group of 2000 physicians based in USA are now trying to support the closure of CBP camps due to concerns of public health. The organization has volunteered the providing of free influenza vaccines to the ones who had been detained but there was no response from the government.

CBP has noted that the individuals who were in custody of CBP shouldn’t be held for over 72 ours. Earlier in this year, when CBP camps had become overcrowded the stay of the officials had become more than three days in a lot of cases.

CBP has referred to a logistical difficulty in the implementation of this vaccine program on the top of their existing efforts that had included 250 physicians and practitioners at the US border.

They cited the supply chain and quality control to be major reasons for delay in the process of implementation.