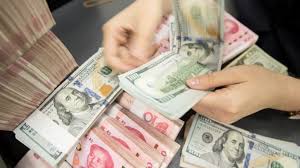 An analyst report says that the corporate debt of China is among the biggest of threats to the economy globally. The economist warned that there were many risks like a fault line which was extremely significant.

Similar comments had also been made by the Fitch Ratings in the previous week and had said that China’s private companies have made a default on their debts at a pace which is unprecedented in this year.

The economist named Mark Zandi said that the corporate debt is a major fault line in the economy and the financial systems and had flagged the Chinese companies to be as the bigger risk.

He said that the corporate debt has been growing extremely quickly in China and is the biggest threat right now.

He further explained that a lot of the companies are struggling when it comes to dealing with the slowdown in growth which stems from the factors like trade war among others.

He further said that in the United States, there is a similar kind of a situation although the intensity of the situation is not similar. He did say though that the increase in what is known as leveraged lending has seen quite an increase as the lending is taking place to companies that are highly indebted and become vulnerable in case of a slowdown taking place.

Debt is a long term problem in the second largest economy of the world that has been trying to lessen the reliance it has on the debt by the regulations which speed the deleveraging up. This is a process done to reduce debt. The trade war though is making it difficult since the debt levels have seen a rise.