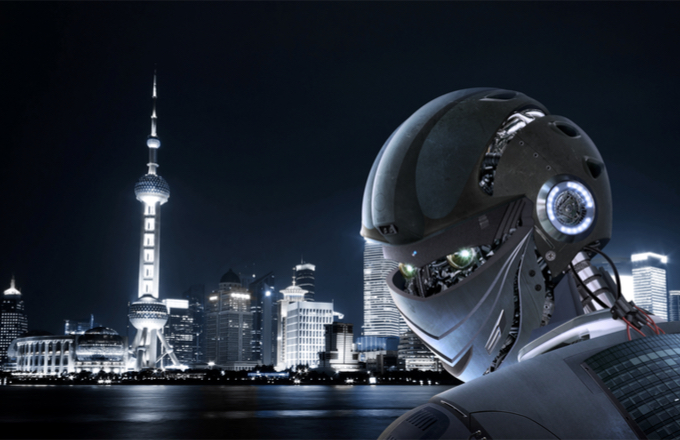 Almost $600 Million was lifted by SenseTime Group Ltd. from Alibaba Group Holding Ltd. along with different investors at a capitalization of over $3 Billion, turning out to be the most priceless AI (artificial intelligence) startup in the world.

The firm, which focuses in systems that examine images and faces on a huge scale, claimed that it concluded a Series C round in late times in which Temasek Holdings Pte (the Singapore-based investment company) and retailer Suning.com Co. also took part. SenseTime did not outline separate investments, but Alibaba was claimed to have wanted the largest share in the 3-year-old company.

With the contract, SenseTime has increased its valuation 2 times in a couple of months. Supported by Qualcomm Inc., it highlights its status as one of a product of home-based companies leading ambition of Beijing to turn out to be the boss in AI by the end of 2030. And it is a catalyst to the largest system of surveillance in the world. If you have ever been snapped with a Chinese-manufactured handset or walked the roads of a city in China, odds are that your face has been digitally sensed by software of SenseTime equipped into over 100 Million mobile handsets.

The recent financing will fund investments in similar areas such as augmented reality and self-directed driving, wrap the increasing price of AI talent and increase up its power of calculation. It is designing a service dubbed as “Viper” to transfer data from countless live camera feeds. This is a platform it expects will establish to be invaluable in crowd surveillance. And it is already in discussions to lift one more round of finance and aiming a capitalization of over $4.5 Billion, as per sources well known with the issue who gave this information to the media with the condition of being unnamed.