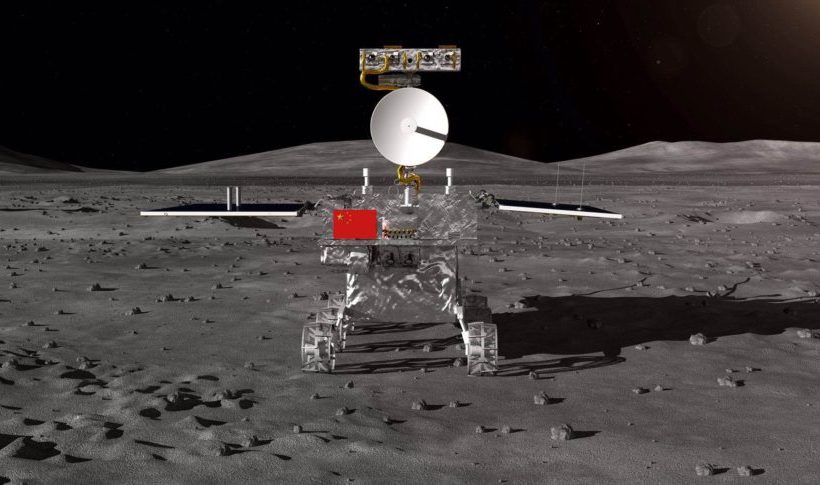 Lunar lander of China named after its moon goddess Chang has helped in lessening the mystery on far side of the moon. The Chang E or (CE-4) which was fourth probe to land on the moon’s far side has collected interesting information about the evolution process of the moon from largest crater on its surface. Way back in 1970’s a theory had emerged that during early days of the moon’s existence an ocean of magma had covered its surface and when it began to cool down the light minerals within began to collect on its surface while heavy metals sank down.

Over a period of time the top section crusted into a thick sheet of basalt encasing a layer of dense minerals like olivine and pyroxene. When asteroids and other space debris crashed on its surface the disgorged pieces of this crust and threw it around. Professor of National Astronomical Observatories of Chinese Academy of Sciences (NAOC) LI Chunlai stated that understanding the composition of this lunar mantel on moon’s surface is critical to verify the theory of the existence of Magma Ocean that had been conjured up in 1970’s.

LI says that the evolution of the moon could also shed light on evolution of the earth and other terrestrial planets as its surface is relatively untouched unlike earth. The team of Li landed the CE-4 on the South Pole- Aitken basin region of the moon which is about 2500 kilometers. The probe collected data samples from flat regions of the basin and also from small and deeper craters located in pockets within the basin. Researchers expect a wealth of mantel materials on the basin’s floor imagining the impact to have penetrated way past the original lunar crust but they found only traces of olivine. The CE-4 will have to explore more to understand the landing site’s geology.