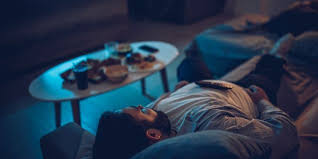 The CDC (Centers for Disease Control and Prevention) has this month released the findings from a study which had been conducted recently on the levels of physical levels of inactivity all over the United States. This study had combined the data from the year 2015 till the year 2018 and has been based on the interviews conducted on telephone by both of the state and federal health officials.

As a whole, all of the territories and states had over 15% of the adults who had been considered inactive physically. The inactivity had been determined by their response of no to the question which asked them about their physical activities or any kind of exercise which they had undertaken apart from their regular job.

The exercises could include calisthenics, running, walking, gardening or any other physical exercise.

The southern part of the country had the highest physical inactivity levels with as many as 28% of these adults giving no as an answer to the question. Northeast ended up coming second with a level of 25.6%. The West and Midwest had followed after this at a level of 20.5% and 25% respectively.

The Center has given a recommendation of 150 minutes of any of the physical activity or exercise for each week, this may be divided into 30 minutes every day over five days.

The people who are active live longer says the CDC. They are at a risk level which is lesser when it comes to the serious ailments such as heart diseases or diabetes or even obesity and a few types of cancers. For a few people who have these diseases the physical activity may help in the management of the conditions and other complications.