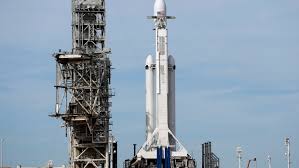 The 45th Wing of Space of Air Force is all set for three space launches in the next few months at Cape Canaveral. If everything works as planned, Space Test Program-2 and (AEHF-5) the fifth Advanced Extremely High Frequency missions would fly in June. In July, the constellation Global Positioning System-3 the second vehicle will fly.

Lockheed Martin shipped the AEHF-5 satellite worth $1.4 billion from a facility in California, to Cape Canaveral on a cargo plane C-5 for preparing for the launch of June 27.

The company completed the testing of checkout of GPS-3 SV-2 worth $568 million in expectation of the launch on July 25. Meanwhile, the Space and Missile Systems Center of Air Force is setting itself to launch STP-2. It will be the third launch of Falcon Heavy, which would be of huge significance to Air Force. This will also be powered by side boosters that will be reused from the rocket’s latest Arabsat mission. This mission would make way for future certification of reused rockets of Air Force. The commander of the 45th Space Wing of Air Force Brigadier General Doug Schiess said that this would be exciting for Air Force as it is looking to increase the reusability in future. He added that there are two pads for landing on this range to return boosters which have been used by SpaceX only and that can be available to others. They haven’t set any dates for STP-2. Schiess is estimating that it would be in June.