With the U.S. squeezing safety rules for all abroad flights, Mumbai and Delhi airports—from where United and Air India have never ending flights to the U.S.— also seem to have made some modifications. The T3 of IGI airport has two devoted gates for the non-stop trips to the U.S. and both of them have got additional ETD (explosive trace detectors) for the electronic gadgets being transported in hand bags. In the same way, Mumbai airport from where United and AI have a non-stop rides each to Newark have also received this improved safety measure. 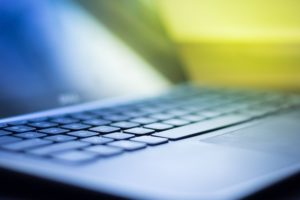 “US-bound travelers have long been observed just before they board plane and their hand baggage are scanned. Only those PEDs (personal electronic devices) that produce doubt were made to go through ETD test. Lately, there were some modifications in the U.S. rules and now all major PEDs such as laptops have to go through ETD trial. This is being carried out for couple of weeks now,” claimed a senior safety officer to the media in an interview. The departure gates utilized for the U.S. flights have barricades of glass to make sure passengers who go through pre-boarding searching are headed straight to the aircraft and not allowed to go out to the terminal.

Air India has non-stop rides to Newark, New York, Washington, Chicago, and San Francisco and is the only carrier of India that rides there. United is the one ore carrier with non-stop rides in the India–US journey. More lately, following the ADHS (American Department of Homeland Security) directive to planes flying to the U.S., Air India has also begun inquiring travelers about their check-in bags and their reason of visit. “We were already executing so by severe checking of visas and passport at check-in counters. We have a pre-boarding safety check for travelers on the U.S. flights. On the other hand, as and when there is a new-fangled directive from the U.S. TSA (Transportation Security Administration), we obey with the same and are in fulfillment for the newest one as well,” claimed a spokesman of AI to the media in an interview while speaking on the security checks.