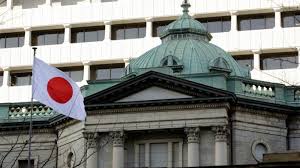 On this Tuesday, Bank of Japan or BOJ board of monetary policy concluded their 2-day policy review meeting which is held in January and made a decision of keeping the policy settings unchanged and therefore held the rates at a level of -10bps while they are maintaining their target for 10yr JGV yield at a level of 0.00%.

The vote of BOJ was 8:1 and it has left its pledge of buying the JBS unchanged because that will lead to an increase in their holding at a pace annually of 80 trln yen. This decision of maintaining the target interest rates had been made by a vote of 7:2 with the members of the board Yutaka Harada and Goushi Kataoka in dissent.

The bank had maintained their guidance for the interest rates and said that they are going to remain at the lower or current levels till they are needed to for guiding against the momentum of risk for hitting the price goal might be lost.
The decision of the Interest Rates is announced by the central bank of Japan. In general, when the BOJ is hawkish regarding the outlook of the economy being inflationary and the rising interest rates, it is optimistic for the JPY. Similarly, in case the BOJ keeps a dovish view on the economy of Japan and is keeping the interest rates ongoing, or cutting the interest rates, it is bearish or negative. The Yen had been unfaced on the announcement of the BOJ and that kept the USD/JPY at a level which is familiar below the levels of 110.00. The decision was announced by the Bank of Japan following their annual January meeting.