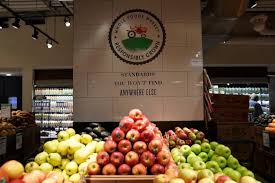 In the Year 2017, Amazon acquired Whole Foods for about $14 Billion to enter the U.S. grocery market with an estimated capital of $860 Billion. The multi-businesses managing company took the step with a hope to attract Whole Foods’ customers and encourage them to become Prime members.

The retailer has been setting its vision to grab an even bigger opportunity, by encouraging all the Prime members in the U.S.—100 Million approx.—to purchase their groceries at Whole Foods. Since the acquisition, Amazon has been pushing hard to make Whole Foods more eye-catching for its Prime members. In the beginning, Amazon offered some products at lower prices such as avocados and salmon. Last year, it began offering an additional discount exclusively for Prime members on sale items to improve the Whole Foods offers.

The strong reason that has been keeping Prime members away from shopping is the high price tags on the items at Whole Foods. Even though Amazon provided discounts over the tagged prices, the selling prices at Whole Foods have raised again in recent months and set above the price offered by its rival supermarkets.

Looking at the several developments made by Amazon for Whole Foods chain, the competitive chains like Walmart, Costco, Albertos, Kroger, and Aldi also started to expand their limited business of organic foods. During the last year, Kroger grew by 15%, attaining the value of $2.3 Billion.

It is expected that Amazon will again take a step to cut the prices of hundreds of products in the grocery sector by doubling the weekly deals for Prime members.