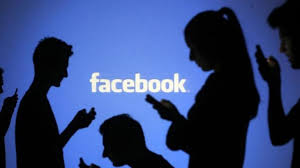 Three former content moderators of Facebook have exposed the appalling and unpleasant working conditions that employees were forced to work in. Although they might face the risk of legal jeopardy yet they decided to expose what they have experienced while working for a Facebook’s vendor, Cognizant.

As reported by employees to a popular tech news platform, the workers used to find pubic hairs on their tables and there was a lot of bodily waste everywhere. The terrible conditions at the site of Tampa are so difficult that workers have been putting their lives and health on risk.

Shockingly, a worker reported that just because she had used all the washroom breaks that were assigned to her, she had to put a trash can beside her so that she can throw up in it. Also, the news            platform reported that an employee died with heart attack right at his desk and still the Tampa site has still not got any defibrillator.

These reports were followed by bad working situations at the Phoenix facility of the same vendor. Thus, the new platform decoded to speak with these three former employees who agreed and decided to break their silence and non disclosure agreement for the good.

As per the reports, it is found that Tampa site has been the lowest in terms of performance of Cognizant which is under contract with Facebook.

Shawn Speagle, the ex-employee of Cognizant went on the record. He said that he wasn’t made clear of the graphic content’s extent that he would have to work with, in the Cognizant. However, Cognizant told the news platform that they are transparent about the work policies they tell to the fresh hires. Speagle also told the sources that he had been suffering from anxiety and depression, ever since he had been working at Cognizant and he has also been diagnosed with PTSD which is why he quit Cognizant.