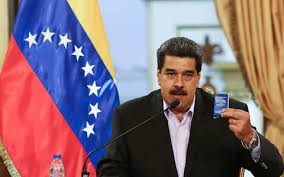 The US President is gain in hot soup over his tweet related to oil prices. According to Trump, the oil market is showing a dramatic increase in the prices owing to the OPEC’s disorderly conducts.  There have been questions flowing since then whether he knows about supply and demand’s role in the prices or reparation for ban put on Venezuela. Trump has raised his opinion regarding the shooting prices since the last 3 Months. He believes the world to be a fragile object and the increasing oil prices to be a catastrophic blow. The dramatic tweet put up by Trump is similar to the earlier Brent Crude oil prices becoming higher than $75/bbl prior to the end of the year fake news.

The sudden oil price concern raised by the president is being considered to be an attention seeking stunt by many political officials as well as the commoners. According to Goldman Sachs, as the oil prices go hand in hand with the supply and demand there is no way the prices will be too high as put forth by Trump. It is just a reflection of the supply and demand chain. The Goldman Sachs had also mentioned that the trading range of $70–75/bbl would be temporary as prices could trade in that range as such an environment is always expanding.

The prices may be soaring as a result of the involuntary decline in the supply from the politically and socially unstable Nigeria and Libya. The National Oil Corporation in Libya has denied commencing oil production in the Sharara oil field, which is the largest in the North African country. The facility had been captured by a Libyan militia group that violently terrorized the workers. On the other hand, in Nigeria, the litigious political elections have worsened the country’s oil production. Even the Western military interventions in both countries have completely destabilized the oil companies.

The Obama administration had passed a bill in 2016 to let the US step in Nigeria and also change the intervention in Libya, which has led to a massive disaster within the country like secularism brought in by Muammar Gaddafi. The political parties and previous administrations are to be blamed for the oil price issues and Trump has proved no less in baking up the geopolitical interventions. Last month, Trump had put a ban on Venezuelan oil shipments. In the coming months, the embargo on Venezuela is expected to reach 300,000 bbl/d and above. Currently, the OPEC Reference Basket price is $6.8 Billion per year which considered due to the embargo on Venezuela.