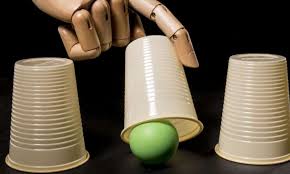 The researchers from Princeton University and Max Planck Institute for Human Development has found proof that shows that part of the human brain repeats non-spatial and sequential tasks during resting time. The study was published in the journal Science. The research was carried by Yael Niv and Nicolas Schuck. The past research efforts have demonstrated that the brains of rodents that are persuaded through a network run through the same series of events in their minds when they were resting. The reactivation occurs in the hippocampus. The fMRI (functional magnetic resonance imaging) footages of their brain activity showed that mice and rats replayed the activity in their brains in the exact sequence in which they happened in real life.

In this new attempt, the scientists wondered if such chronological replay occurs with non-spatial undertakings, as well. To learn, they recruited 33 human participants to take part in an experiment. Every volunteer watched images on a computer screen. During the experiments, the participants underwent through fMRI scans and were screened again as they rested. In the scans, the scientists discovered that the hippocampus repeated the same sequences throughout the rest period that it had shown during the picture task. They allege this shows that the human brain does replay sequential and non-spatial tasks during rest periods.

On a similar note, previously, a study showed that a gene associated with intellectual ability impacts memory replay in mice. The scientists at the RIKEN CBS (Center for Brain Science), Japan have found that a gene linked with human intellectual capability is required for a normal memory generation in mice. The study was published in Nature Neuroscience. The research showed that mice with one copy of the gene repeat shorter fragments of their past experiences at resting periods, impairing their capability to consolidate memories.