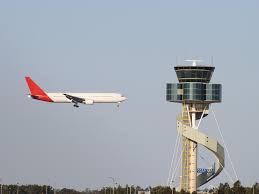 This week, as a computer battery back-up system overheated, the Sydney Airport’s control tower was evacuated. Initially, the situation led to stopping all planes at the airport from departing and drastically hindering inbound flights from landing. Almost all flights were delayed by up to about two hours while a few inbound planes were redirected to other Australian cities of Melbourne and Canberra, as reported by The Sydney Morning Herald.

Bryce Jonas, Fire and Rescue New South Wales Inspector, told The Herald that, in the morning time, fire alarms went off as smoke was noticed on the control tower’s ground level. He added that occupants could sense smoke, so they began to evacuate and diverted air traffic control to Melbourne. Jonas said that thermal energy detectors were employed to spot the source of the smoke and positioned a battery back-up system for the computers that were overheated and malfunctioned.

On a similar note, the U.S. airports came into the news as even TSA pre-check could not assist flyers to shun massive lines and setbacks at airports across the U.S. due to a major, albeit short-term, computer outage. This outage impacted almost all airlines including American, JetBlue, and Alaska Airlines. It left gate attendants and passengers equally incapable to access online data and to check into flights.

Sabre, a tech firm from Texas, that offers support to the abovementioned airlines, took the blame and apologized for the since-solved technological error in an early afternoon tweet. The firm noted that it faced a system malfunction that impacted a few of its customers. Although the firm didn’t specify the reason for the issue, or how long it lasted, a few airlines started fielding clients’ concerned tweets regarding being unable to access the firms’ websites starting in the morning period. However, the issue seemed to really come to a head about two hours later, when a bigger volume of passengers highlighted that they were not able to board their flights owing to a system crash.