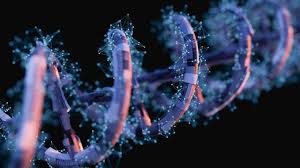 Scientists have concluded that anorexia nervosa as a highly serious psychiatric as well as a metabolic complication, which affects 0.9 to 4 % females and 0.3 % males. They have also concluded that treatment of the illness should involve addressing the hybrid nature of this eating disorder that has every potential to turn lethal.  Over 100 researchers from all over the world have formed an international team to study the DNA of thousands of individuals without as well as with anorexia nervosa and chalk out a new genetic approach of treating the illness.

The latest research has confirmed that eight genes have a strong connection to anorexia nervosa. A few of these genes have a significant connection to several other psychological complications like schizophrenia, anxiety, obsessive-compulsive disorder and depression. However, the researchers have further concluded that there are genetic links to other physical activities like glucose metabolism, the process the body follows for using fat and building up the measurements of the body. Besides, findings have also revealed links that are independent of the common genetic bondage with the BMI or Body Mass Index.

However, the latest findings regarding the role that metabolism plays will help explain the reason why individuals suffering from anorexia lose weight so rapidly, till the weight reaches a dangerous low, in spite of subsequent therapeutic nourishment.

The most interesting part is that even after their body weight plunges to a life-threatening low, individuals with anorexia in most of the cases are reluctant to increase the weight. The most common perception behind this behavior is that they would have a delusion that they are still over-weight, even though they are dangerously underweight. They also become oblivious of the dangers associated with being underweight.

People with this medical condition mostly die out of metabolic collapse as well as starvation, while cases of patients committing suicide are not uncommon as well, particularly amongst women.