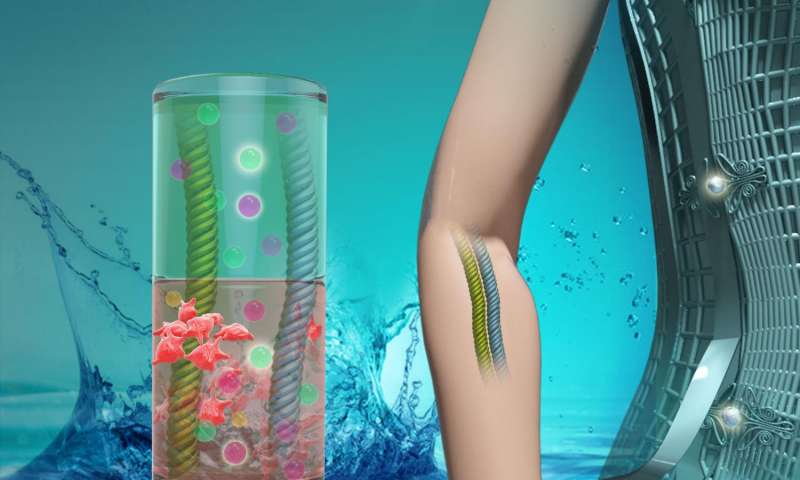 A new type of biocompatible battery that generates the similar form of ion-based electrical energy as utilized by human beings and other living entities is developed by scientists. In our bodies, the flowing ions such as potassium, sodium, and other electrolytes function as the electrical signals. This powers the brain and manages the heart rhythm, the muscle movement, and much more. 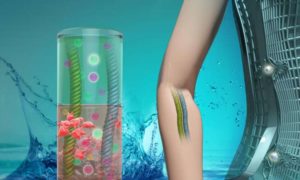 In conventional batteries, the current—or electrical energy—flows in the form of moving electrons. With the positive ions’ movement from one end of the electrode to the other, the current of electrons is produced within the battery. The battery designed by the research team at the University of Maryland does the reverse. The electrons are moved around in the device to supply energy, i.e., the flow of ions. It is the first-of-its-kind ionic current producing battery developed, as per the team.

In the reverse design, a conventional battery is electronically shorted, which means the electrons move via the metal wires. Then, the ions move through the exterior ionic cables. At this instance, the ions within the ionic cable—here, grass fibers—can integrate with the living systems. Apart from this, what draws the attention toward this battery is that it uses grass for energy storage. To build the battery, Kentucky bluegrass blades were soaked by the team in lithium salt solution.

The conduits that once carried nutrients down and up the grass blade were model channels to hold the solution. The demo battery built by the researchers appears like 2 glass tubes with a grass blade within, each linked by a thin metal wire atop. The wire is where the electrons pass through to travel from one end to the other of the battery as the energy stored gradually discharges. A metal strip is present at the other end of every glass tube across which the ionic current flows.

Jianhua Zhang of National Institute of Diabetes and Digestive and Kidney Diseases said, “Potential uses might comprise the development of the next-generation tools to micro-manipulate neuronal interactions and activities that can treat and/or prevent medical disorders such as depression and Alzheimer’s disease.”

The battery can also be utilized to make medical equipment for the disabled or for more effective gene and drug delivery devices in clinical and research settings, as a mode to treat more accurately cancers and other medical ailments, said Zhang, who executed biological trials to validate that the new battery conducted current successfully to living cells.