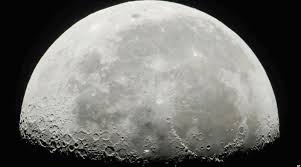 Scientists at NASA are enthusiastic at the idea of landing back on the lunar surface. They are about to reveal several secrets of the Earth and also other parts of our solar system. 70th International Astronautical Congress was held during this week where Jim Green, main scientist at NASA gave a significant speech. He talked about some specific areas which scientists would like to focus and this is included in the organization’s renewed interest regarding moon. This would be a part of the Artemis program where the aim is to land humans on the south pole of the moon by 2024. The mysteries that they solve would not only help them to get answers for moon but also aid their future venture to Mars. Besides, it is expected provide enough information on Earth’s history and overall solar system.

Green had to stop his speech in the middle because of the constant clapping from a huge thrilled crowd. He gladly restarted commenting that he shares the audience’s enthusiasm, therefore, would give more scientific details on what all can they explore on lunar surface. The 2024 lunar mission of human landing was declared almost half a year ago. Jim Bridenstine, Administrator at NASA, had given enough answers on why such an idea of exploration is needed.

Green went ahead with types of exploration that can be included in the Artemis program. He also said why their organization is pondering on doing partnership with commercial firms and also on the importance of Gateway which is a station surrounding moon’s orbit. These sides of NASA’s exploration ideas would open doors for further scientific access on the lunar surface. And this would be extremely worthy even if it just includes observation through sample collectors and robotic explorers. Only the South Pole would receive complete human focus.