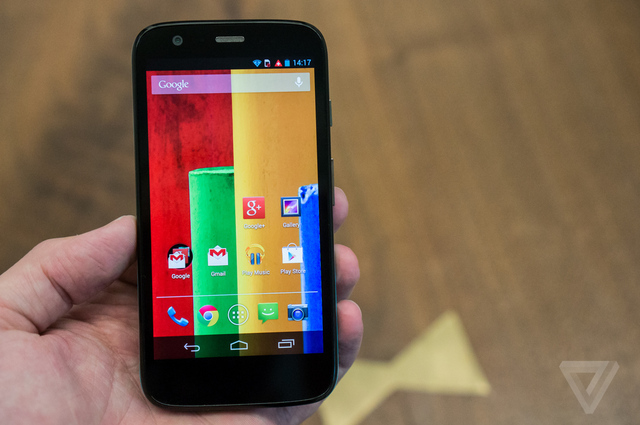 The idea of shopping for smartphones can be daunting, especially when you hear of price tags being upwards of $700 and $800 for a high end smartphone not on a contract! To top it off, should you want to get your mitts on one of the new smartphones at a great price, you end up singing into a 2 year contract that forces you to pay a general minimum of $50+ each month! Thankfully not all hope is lost for frugal minded smartphone shoppers because Motorola released a phenomenal new budget phone termed the Motorola Moto G.

The Motorola Moto G was announced in early November and just recently released. It is a decent sized smartphone with a display of 4.5 inches. Additionally it comes out stock with Android 4.3 OS but can upgrade soon to the latest Android 4.4 KitKat OS.

Overall the major features about the Motorola Moto G that really make it worthwhile are the seven various color options, great quad core processor, and the fact that it sells for just $179 unlocked! If that price tag has not got you reeled in yet, then check out the specs below and see why the Motorola Moto G is truly the best budget smartphone this year!

Overall the Motorola Moto G is a phenomenal smartphone for such a low price. It truly outperforms and cuts back on the features that need to be cut back in order to deliver such a great budget smartphone. Despite having no external microSD card slot, you can always use cloud storage or buy the larger memory size instead! The Motorola Moto G is, by far, the best smartphone for frugal shoppers and is one of the best this year!