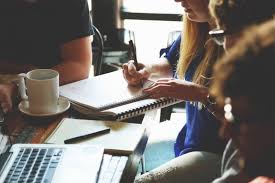 The Zuckerberg’s classic mutational declaration for engineers that they have to move fast and break things has been a legendary mantra for many startups in the Silicon Valley but recently it is shaking up the present situation of the health tech industry.

Such an approach by healthcare entrepreneurs is leading to destructions. Since this industry holds great importance among all other industries in the market and also it demands great trust and good relationship between the firm and their investors, patients and everyone who is related to it.

Earlier this month, a huge bunch of reports have come up which concluded that several health techs are using problematic and illegal paths to grow their business. The provider of birth control pill, Nurx has made $41 million but was found storing the medicines in the hanging shoe racks while uBiome maker, SmartGut has got the funding of the venture by $100 million but for its billing practices, it was raided by FBI. These cases are recorded in only last few days of this month which clearly sums up how big would be the number if all such cases pulled out from the last few months.

Health tech is an industry of $3.5 million and it is a good spot for ventures to grow but it is also full of unhappy customers and inefficiencies of the firms. Due to the advancements in the technology and artificial intelligence with the evolution in interacting and dealing with the customers and advertisements, it has given rise to a lot of opportunities to build and grow a business in this sector.

CEO of Color Genomics, Othman Laraki has said that in the last twenty years the Silicon Valley has worked around the relation of customers and software of enterprise and which has set a specific level of norms regarding the aggressiveness and individual need to understand that not all of them are universal.