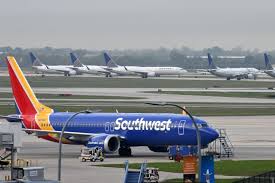 Next week a team of experts is about to review Boeing 737’s controlling system. According to sources the team comprises of experts around the globe. The control system of Boeing 737 was approved by the American FAA.

During a press interview, a spokesperson of FAA stated that near about 9 aviation authorities of several countries have showcased their interest to be the part of the review team. According to reports the chairman of NTSB, Mr. Chris Hart and experts of NASA and FAA will also be a part of the review team. The team will primarily focus on the connection between the planes automated system and pilots. The survey of the team would take near about 90 days.

At present, the aviation industry has banned Boeing since the aircraft has met with two devastating crash which killed more than 340 passengers on board. Investigators are advocating for the installation of anti-stall software in the aircraft. The software is known to bring the plane at a lower level when it starts to receive severe jolts at a higher altitude.

While speaking to the press one of the spokesperson of FAA said that for the review meeting aviation professionals from Japan, Australia, Indonesia, Canada, the European Union, and China will participate. The spokesperson also stated that the latest review meet is termed as Joint Authorities Technical Review. The team of reviewers will focus upon control design and regulation compliance being followed by Boeing 737.

At present Boeing, jets are equipped with MCAS which is supposedly the cause for two crashes, back in October 2018 and March 2019. During an exclusive press interview CEO of Boeing said that jets have completed their flight tests in relation to MCAS software. Mr. Muilenburg said the company is trying hard to bring the jets back into service. The CEO further said that its pilots have flown the jets around 203 hours and the software is completely safe.