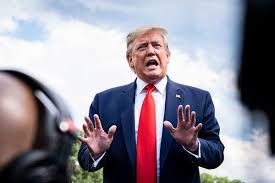 China is scheduled to provide the waivers of retaliatory tariff for those who buy U.S. products on regular basis post the countries reaching a phase one agreement as per the observers of the situation.

The waivers had been previously done in tranches however they are now going to be handed out with more frequency as per the reports. The move is going to make it easier for the companies from China for purchasing the goods from United States which are subject still to the retaliatory tariffs on trade and have helped hence in meeting all of the commitments which have been made as a part of the deal.

While China has more interest in maintaining their side of the pact for the hastening in the process of ending the trade war with United States, they also are required to import a lot more products from the foreign markets for feeding the huge population. Further, it has become critical since in the last one year the African swine fever has destroyed a large chunk of the pig population of the country.

The trade representative of United States, Robert Lighthizer said that there were detailed pledges with regard to agriculture which had been made by China and it is going to see China purchase annual commodities worth $16 billion with further levels of the trade war being $24 billion. He said that the targets and their details are not going to be made public.

The finance ministry of China had said on Sunday that their country is going to maintain the tariffs which exist on port and soybeans along with the other farm products from the United States.