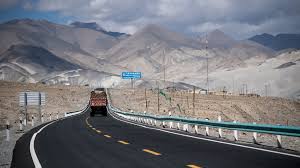 On Saturday, the president of China, Xi Jinping made a conclusion on his flagship’s second forum Road and Belt Initiative and highlighted its benefits to a worldwide community. Xi said that he is ready to welcome all the countries who are interested in joining them.

At the end of the forum, he said that even though the Road and Belt initiative was launched by their country, China but the outcomes and opportunities received by it will be shared with the whole world.

In 2013, this initiative was launched and is mostly seen as the efforts made by China for making an increase in global influence, especially through construction and financing of the sea, rail or other routes of transportation which are running to Africa and Europe from Asia. It was said by critics that with the help of this huge infrastructural project, the developing countries are forced by China for taking high burdens of debts while making benefits to companies of China, which are state-owned.

On Saturday, Xi said that the Road and Belt participants have agreed for pursuing the development of high quality. He said by including other traditional areas which have an economic connection with their country, this program is going to encourage digital infrastructure development. It was noted by the Chinese leader that the participating companies of the corporate event which are standing as a part of the forum have reached up to $64 million into an agreement.

He added that prior to the forum and during its course, the deliverables number is 283, which is reached by participating countries which also includes the cooperation agreements of inter-government and cooperation projects.

Without elaborating just in 15 minutes, Xi said that China will be releasing the list of deliverables as it is their responsibility of being the host of the event. During the interview with media, the biggest economic advisor of Xi, Liu He was also present with other big leaders.